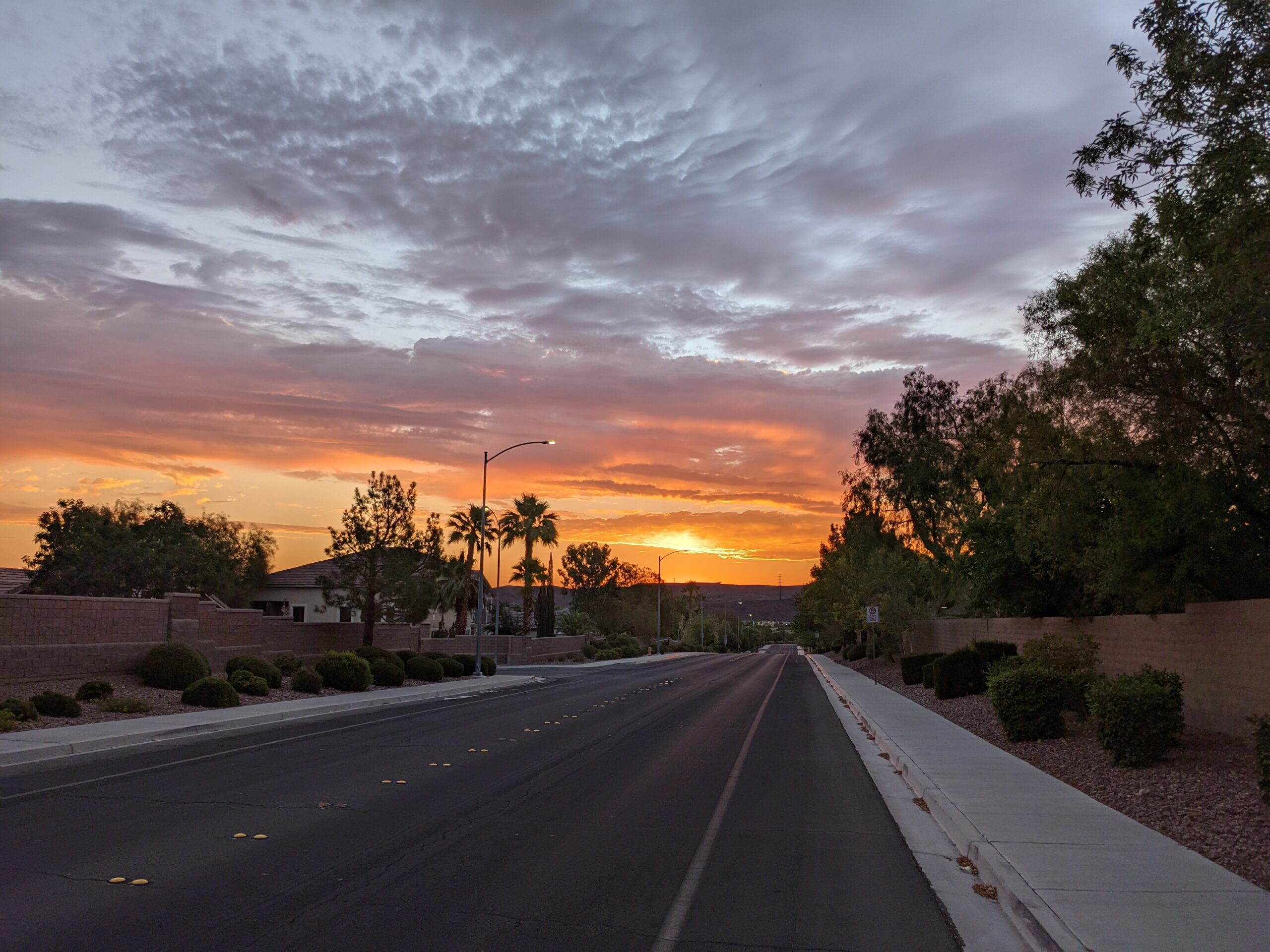 What a great day for a ride with the Lifetime gang.

Got up extra early to make the 6 a.m. start time at the gym. Along the ride down was greeted with an outstanding sunrise. It was absolutely beautiful how the sky was lighting up. Helped make getting up so early a little easier to swallow.

Ride out to the Boulder City Vet’s home was nice. Was doing pretty good hanging on to the back until the later parts of UPRR. Was really starting to struggle to keep up once we hit RMT. I noticed I have a hard time during the more technical parts of the ride; for example, the College and Horizon crossings along UPRR and along RMT after the I-11 bridge. I just don’t have the same confidence as the rest of the pack with navigating all those turns. I always have to really pour on the power to catch/keep up with the group.

We stopped at the Veteran’s home to regroup and grab a group photo. After a brief breather, the main group continued on and rode the airport loop while I joined two other guys (Brian and Greg) in heading back early. Had a great cruise to Lifetime and on to Mothership for coffee and a cookie.

Hung out shooting the breeze and enjoying coffee with Brian and Greg while waiting for the rest of the Lifetime crew to show up. Imagine my luck when both guys have an IT background! Gave us something common to chat about other than riding.

Feeling pretty well rested and recovered it was time to start the trip home. Along the St Rose Pkwy trail I caught up with Eric at Eastern. Eric lives on the west side, wasn’t familiar with the area, and wanted some extra miles so I described how I was getting home and he seemed happy to have the company. We rode together until the Via Inspirada/Avenida Brancusi round-a-bout where he continued on to Las Vegas Blvd while I continued south deeper into Inspirada.

After leaving Eric, I decided to do what I call “The Democracy Demon with Horns”. You can look up the Democracy Demon segment on Strava and the “horns” are the R37 tank and the Nawghaw Poa climbs thrown in. Felt really strong climbing Democracy and was happy to see I clocked a PR on that climb. Made sure to go all the way to the top of trail at the end of Christo Ave, and had a blast cruising downhill all the way home.