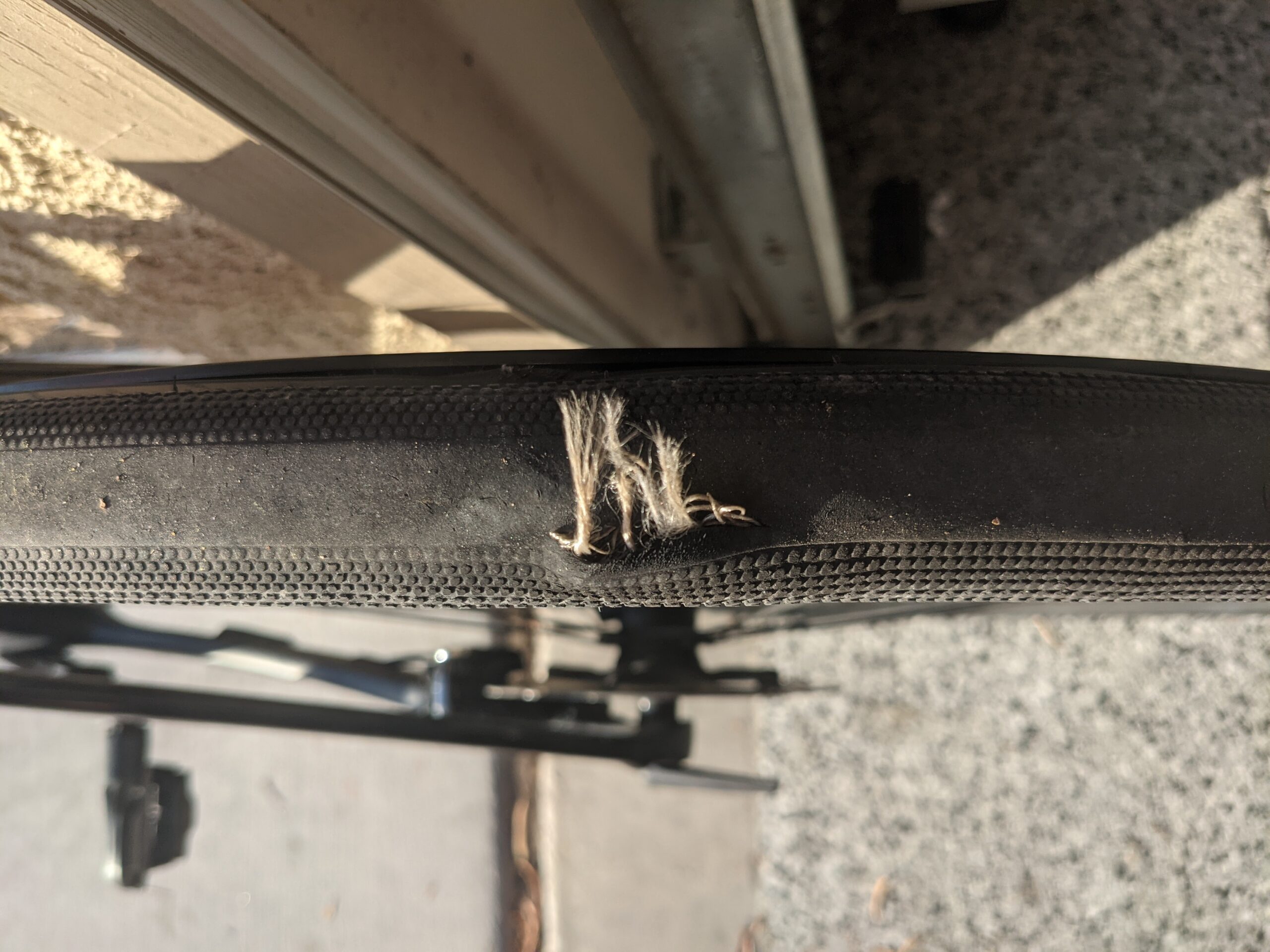 Was feeling rough right from the start. Legs were tired, achy, and stiff. After some spinning down Harmon they were starting to loosen up. Was feeling pretty good until I made it over to Pecos then the winds started picking up. From there all the way home I felt like I was battling a head wind. Really didn’t help the legs any and thankfully they held out until I got home. They weren’t the only thing.

Before and after my rides I have a specific order of operations I always follow. I was going through my post-ride shake down and setting the bike up against the wall when I hear a pop like a cap gun. At first I’m too tired to think about it and sit down on the small wall to catch my breath. Once I recovered enough I take a look and find that my rear tire had ruptured. Thank the cycling gods that it held together until I got home. If it had gone about a mile earlier it would have caught me making the corner from Solera Sky Drive onto Jada Drive at about 30 MPH. That would have made for a VERY bad time.

Suffice it to say no commuting tomorrow! Then again I was fishing for an excuse not to ride the entire way home as it was.