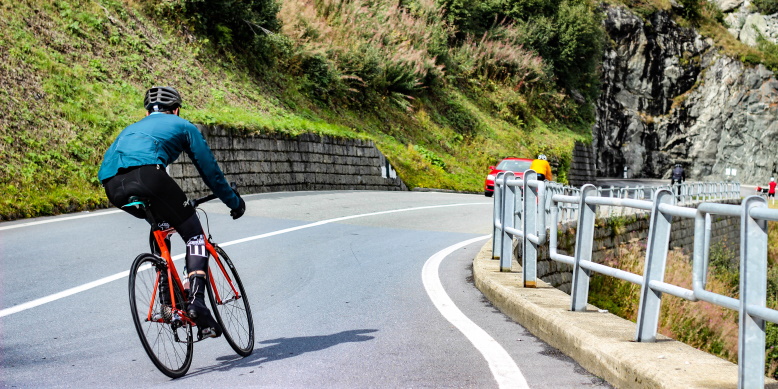 Well that was a fun one! Happy to finally got out to do a group ride after missing the past couple weekends. Unfortunately, didn’t get to do ride the whole thing.

UNLV Football had a game starting at noon, the kiddo and I have season tickets, and we’d already talked that we were going. Any other weekend I would have rode down to Pebble Marketplace, but I also needed to deliver a crankset to Caleb so a drive down it was.

The “main” multi-club ride was to be a ride out to Redstone starting from the River Mountains Loop Trail off Lake Mead Pkwy with SAG support from the local Giant shops. Caleb had spoken up and offered extra credit to anyone wanting to ride over from Pebble Marketplace. That got me thinking I could just ride from Pebble Marketplace out to the Northshore Rd turn off and then return giving me plenty of time to get home, cleaned up, and to the game.

Woke up bright and early at four and started getting ready. After getting kitted out I loaded up the truck and rolled out. Made a quick stop at Starbucks for some coffee and breakfast.

Rolled in to Pebble Marketplace just before five like I’d hoped. Had a good time chit chatting with Caleb for maybe 10-15 minute before everyone else started rolling in. Was pleasantly surprised to end up with a group of ten of us rolling out!

The roll out to Lake Mead was awesome. Had a great time yammering with Burnsie while we rode. When we made the turn onto Gibson we started getting fast, once onto Warm Springs we started putting on a head, and when we hit Lake Mead Pkwy it was the Burns Express. My legs were a little tired leading with Burns along Warm Springs so I just tucked in behind him and hung out on his wheel until the descent to the trail head. Highlight of this leg would be when we were rolling up on Anthens and I look right to see another Adobo Velo kit rolling up. I squinted my eyes and yelled out, “Is that Jeff?!?!” And be damned it was! He almost was able to get latched on, but we were going to fast and he wasn’t quite warmed up enough. Was still awesome the way the timing worked out dang near perfectly.

Rolled in to the trailhead and was pleasantly surprised with the turn out. It was truly impressive the number of folks that came out. Crazy how that happens when you say there will be SAG available. Did get to say hi and visit with a few people I hadn’t seen in a while before the group rolled out. Was inspiring to see the HUGE line of bikes rolling along Lake Mead, turn onto Northshore, and roll off into the distance. I flipped my u-turn, stopped to dawn my headphones, and looked back to see some of the leaders starting the first climb.

Heading back I figured I’d do some exploring and log some Wandrer miles. Also made it a point to continue riding hard and strong instead of falling back to Zone 2. Found some really cool spots while seeing neighborhoods and parts of town I normally wouldn’t see. That’s one of the things I really enjoy about doing these Wandrer segments/rides.

Anyway, I hit up all the roads/neighborhoods I wanted to and made it back to the truck with time to spare. Picked up ANOTHER Starbucks and drove home. Hit the shower, grabbed the kid, and rolled down to campus to take the bus to the stadium. Nice to watch UNLV whoop some tail and take the win 58-27.