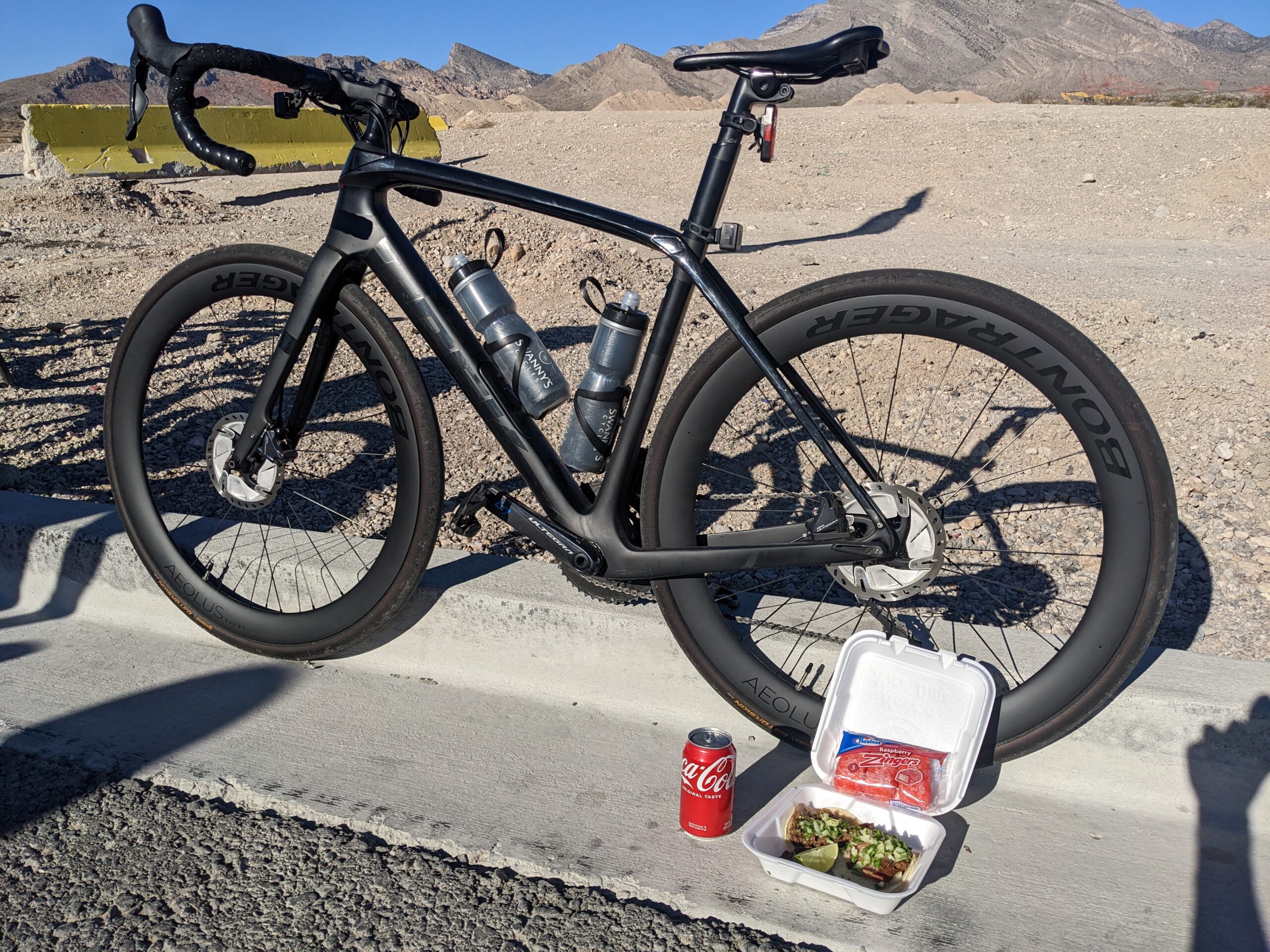 What? Gosh, it’s not like the internet to go crazy about something small and stupid.

Was getting worried early this week that there wasn’t going to be an AV ride. No biggie really, would just draw one up myself if needed, but Robert came through and posted something. The ride from the origin was going to be like 40 something miles and I know I wanted to do more than that so I sent out some feelers for other riders to ride over to Mountains Edge park. Was pleasantly surprised to see Mark, John, Joe, and Brett all spoke up that they wanted to ride. Mark and John agreed to meet me at Anthem Hills Park while Joe and Brett would meet us along the way on Cactus.

Got up early after not sleeping as well as I’d hoped the night before. Always seems to go that way the night before a group ride. Loaded up with some fire power breakfast of oatmeal with all the load ins. Got all dressed up in my fall gear and hit the road right on time.

I rolled into the park with 5 minutes to spare and Mark and John rolled up mere moments later. Knowing it was only the three of us we set out for Mountain’s Edge park. Picked up Joe and Brett at Cactus and Bermuda without issue and worked our way through the construction through to Las Vegas Blvd. Once we cleared Las Vegas Blvd. we started getting our grove on and putting on some speed.

We arrived at Mountains Edge park about 30 minutes before the scheduled start. Normally this wouldn’t be a problem, but it was still so cold outside and we were all sweaty from the ride over. The five of us were just standing around shivering waiting for at least the sun to come up to start warming us up.

Once we got started I drifted toward the front because that’s where it’s warmest. If you’re not leading you aren’t doing as much work and I was done being cold. Got to hang out up front with Joy until we turned onto Fort Apache and some how I lost her. That was ok because it wasn’t long before Burns comes flying from the other direction, pulls a u-turn, and rides up along side mt and we start chatting it up.

From there on out I was mostly out in front, but then again I think I was the only person with a clear understanding of where we were going other than Robert and maybe Stan. It was a fun time with just enough climbing.

Rolled up near last to the taco truck as I did fall back some to make sure everyone got onto the beltway trail from Lake Mead and off the beltway at Far Hills successfully. Glad I did because there were two riders who blew past the Far Hills trail exit. As I walked up to the truck to place my order I was beyond thrilled to see my favorite cycling snack, Raspberry Zingers! They are definitely my thing, everyone knows it, which made sharing my discovery with everyone even more fun. There were plenty of laughs to go around. Many thought I’d stuffed them into my jersey and were surprised that they were available by the taco truck. Snagged me a pair of tacos and they were awesome.

After our nice snack it was time to head back to the park. We just took the same route back to keep things simple. Ride back was really just more of the same. Took a couple pulls out front and fell back a few times as well.

After saying our goodbyes at the park our group of five swelled to six with the addition of Joy. I decided to avoid Cactus and took the group up to Erie and across the pedestrian bridge to avoid traffic. I know it’s not a favorite to most, but I hate dealing with some of the construction headaches that can crop up. Also instead of going all the way out to St. Rose I took us across Starr instead. Joe and Brett would peel off at St. Rose and Maryland Pkwy leaving Joy, Mark, John, and I. We would lose John at Sunridge Heights and Seven Hills. Mark split off to head home as Joy and I crossed over Reunion. Then Joy and I rode together until Bicentennial and Anthem Highlands.

Overall a great day of riding!