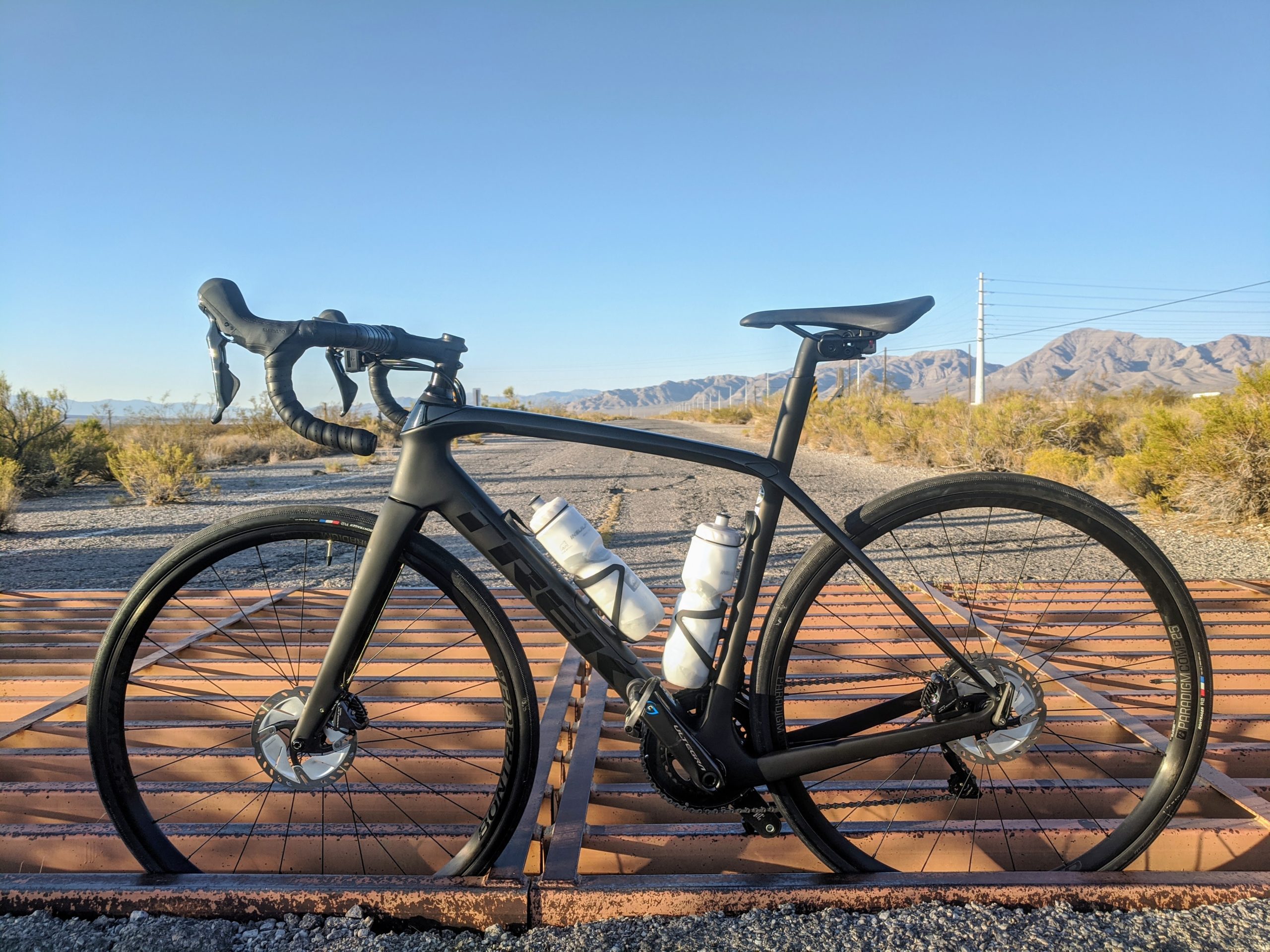 Beautiful morning for a ride. I decided last night that I wanted to go down to Seven Magic Mountains, on through Jean, and down to the ‘end’ of Las Vegas Blvd. Ride was cut short because, just south of Jean, the road was so rough and chewed up that I was forced to turn around. Not before taking a couple pics though.

Overall felt really good on the bike. The start of the ride to Seven Magic Mountains was borderline too cool for only shorts and jersey. I may have enjoyed the ride a little more with some arm warmers. When you’re out in the early morning riding in the desert there are no structures giving off radiant heat. My Garmin recorded a low of 57 which is significantly cooler, to this thin blooded Las Vegan, than a recorded 68 average.

Was kinda bummed to fall short of an imperial half-century, but I was running short on time. If I’d had the extra time, and legs, I could have done a perfect mirror ride and done the water tower and Sloan Canyon climbs again and probably have made this a 50+ mile ride. Then again, if I did those extra climbs I probably would have started up Democracy and fell over dead.