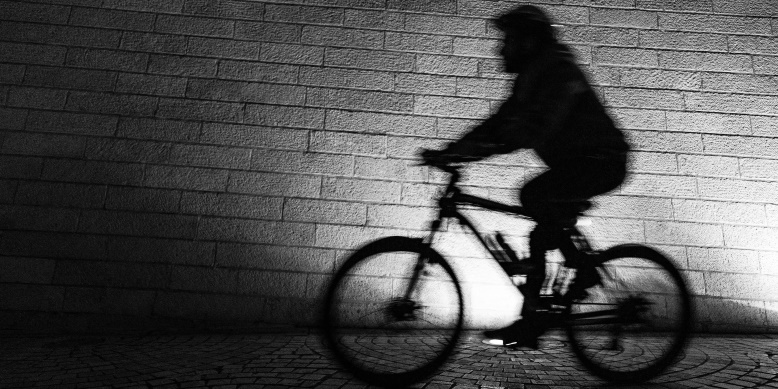 The ride home was pretty uneventful until I was nearly hit. Someone in a Toyota sedan nearly rolled through their stop at Etude onto Reunion and right into me. Thankfully I had seen them and had already started moving out of the bike lane and into traffic lanes. Still it was closer than I would have liked.

Onto a more positive note, a story from this morning I failed to share.

This morning I was rolling down Sandy Ridge approaching a red light at Sunridge Heights. Normally before I get to the intersection I do a shoulder check and if it’s clear I move into traffic lanes in hopes of activating the signal. Today there was a truck so I stuck to the bike lane. As I got closer to the intersection that truck moved into the left turn lane as they passed me. I shoulder checked again and saw an Audi SUV with their right blinker on. As I rolled up to the light I moved over into the through traffic lane to give the Audi room to turn their right. Well the guy rolls up, rolls down his window and hollers out at me, “Thank you, have a great ride!” Put a big smile on my face as I wish him a good day. I always try to be considerate of others and it’s nice to see it recognized.

And thus concluded another week of commuting.