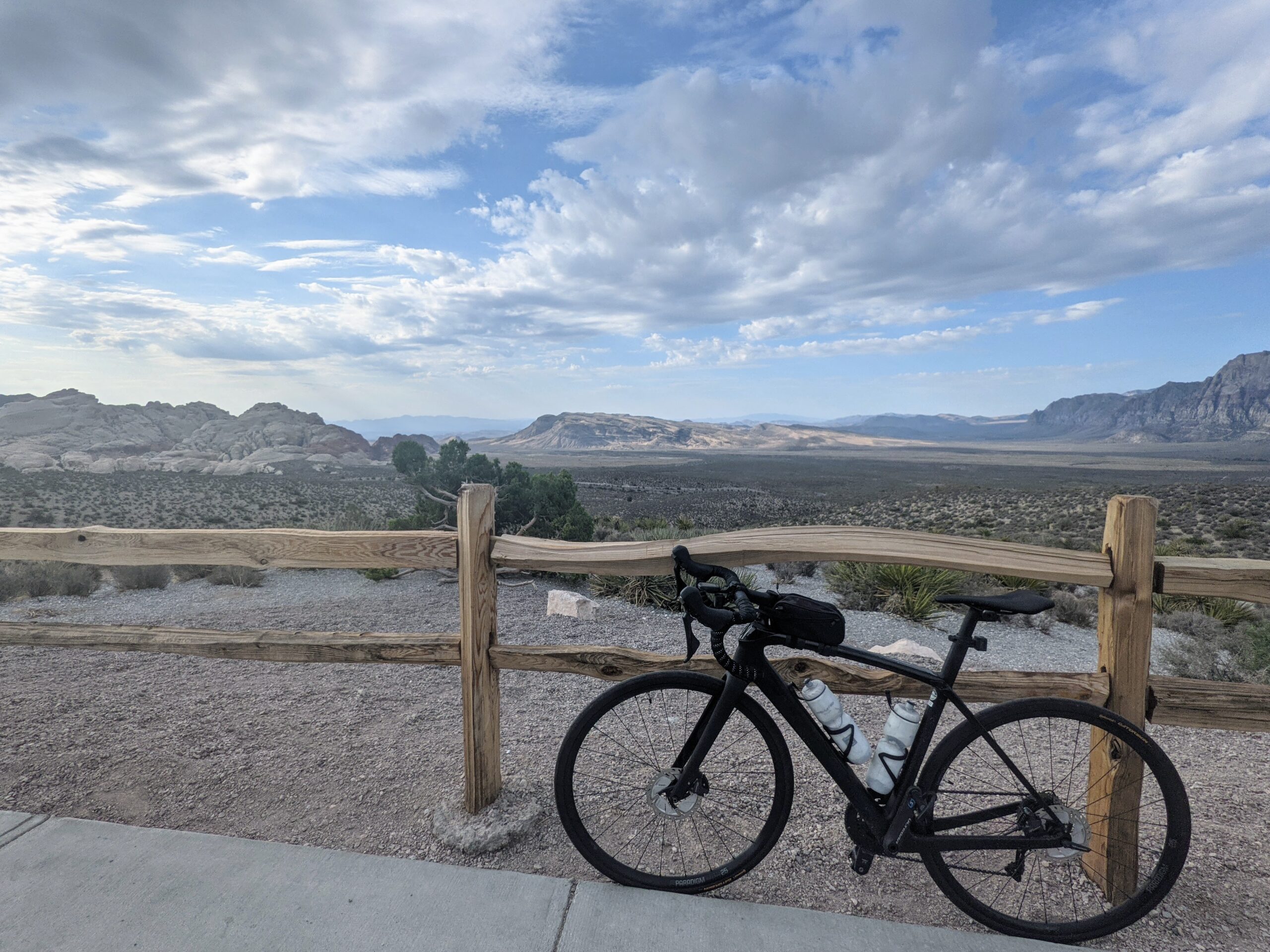 Last night I was up in the air about this ride. In hindsight I’m glad I did.

Last time I tried Red Rock Loop I didn’t make it beyond the first Calico Hills stop before turning around and heading home. Granted I was 60 pounds heavier on a bike weighing 20 pounds more, but I’ve been carrying around this fear of that ride ever since. After today I realize that fear was largely unfounded given my current fitness levels. Honestly, it wasn’t nearly as bad as I’d feared. Didn’t hurt that I had plenty of company.