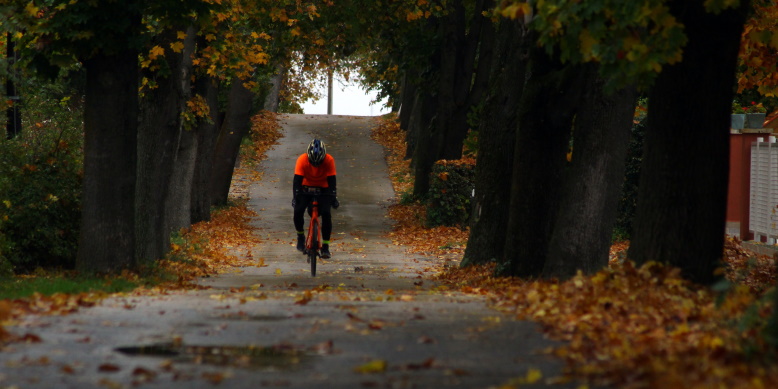 Probably the toughest ride in to work in a while.

I left the house knowing it would be a windy one. Made it down through Anthem without issue, and started fighting cross winds along Volunteer. When I rounded the corner onto LVB it was like hitting a brick wall of wind. The winds were easily a steady 10 MPH then entire length of LVB with gusts well above that. There were a few times I thought of just calling the kiddo and telling her to come get me, but I stuck it out. The wind would last until I hit the resort corridor around Russell when the hotels helped break some of it up.

Then the cycling gods smiled down on me for sticking with it. Approaching Mandalay Bay Rd a big rig passed me and flicked on his right blinker. Seizing the opportunity I hung back to let him finish his turn and then locked onto his rear bumper. I was blessed enough to have him do the full Mandalay to Koval segment dropping me off at Koval and Tropicana. Set a 2:04 PR on that segment at 146 BPM at only 174 watts. For comparison my previous best was 2:09 at 158 BPM and 240 watts. I rolled up to the red light laughing and giggling like a school girl. Was so nice to have been blessed with such a break after such a tough stretch with a face full of wind.

Only a half day at the office. Second half of the day was for going with the kiddo to an appointment. Even though she’s 17, she still isn’t quite confident enough to do some things solo and that’s ok with me. Like you have to twist my arm to spend extra time with the kid.

Ride home was pretty nice with a healthy tail wind. Was a welcome change from the morning ride in. Overall pretty uneventful.

It’s funny I have a spreadsheet, yes I’m a dork, setup to track my riding with a sheet dedicated to commuting. Pretty much track everything that Garmin records and looking at the laps I see I logged both two slowest and two fastest laps on today’s loop. Pretty rare to see both good and bad on the same day.

Now to relax for the remainder of the evening. No work tomorrow so no commuting. Will be riding down to Scrambled for breakfast and then back to the house via Seven Hills before the day’s errands.