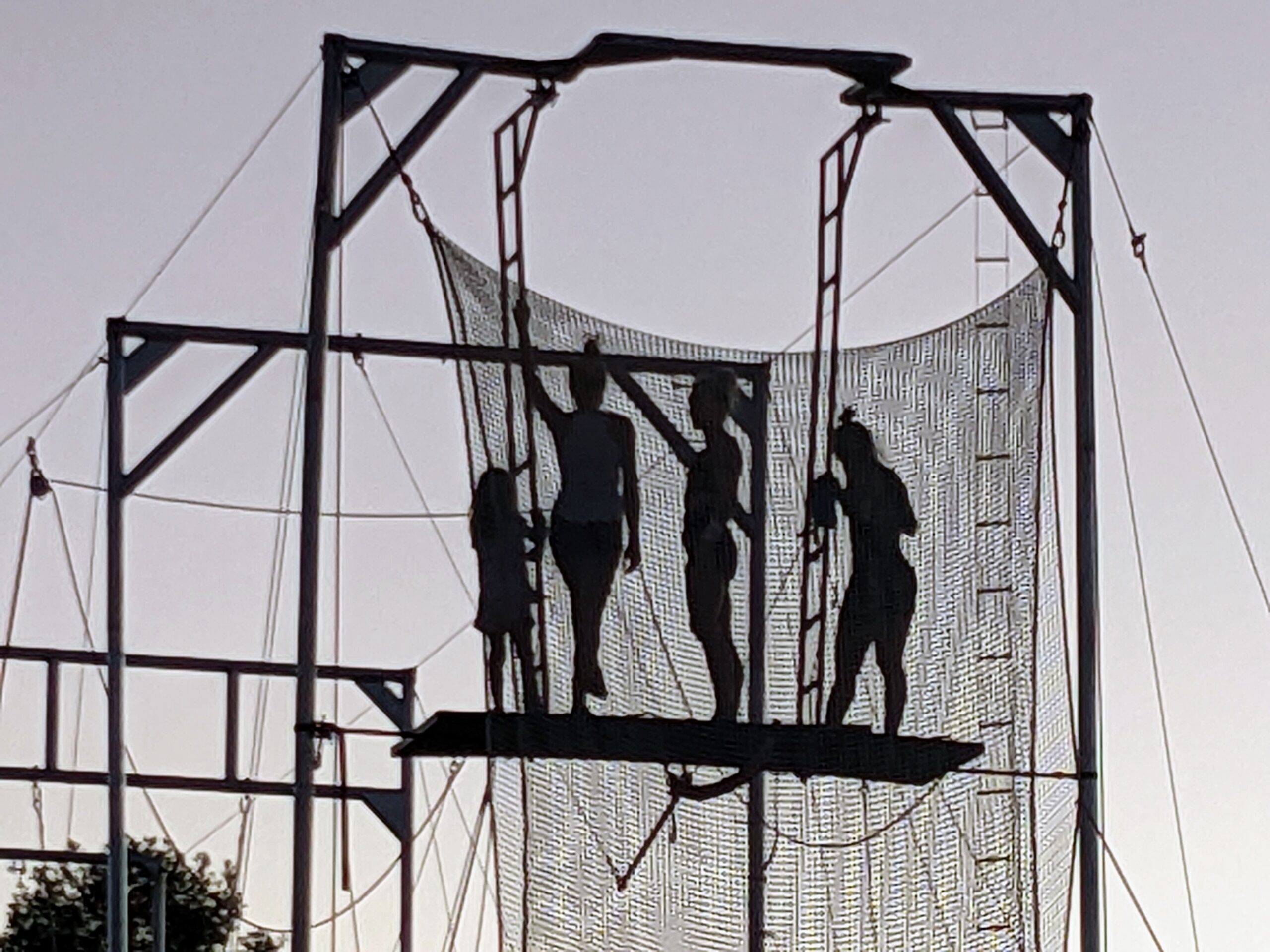 Commute this morning kinda sucked. Had a typical nice chill ride down to Scrambled for breakfast. I had some system changes at the office scheduled to start at 8:00 a.m. That meant I kinda rushed breakfast in order to make sure to get to work on time. It paid off as I rolled up just in time for my scheduled maintenance window.

Got a late start home. I was working with my immediate boss on some scripts we would share with my co-workers to automate system changes in the labs. This work was perfectly interrupted with the retirement party for the head of OIT. Served great as a break and lunch, but just certainly could have used those three hours.

Ride home was good. It was nice to ride without my sun sleeves. First time I’ve done that in months since the sun was as good as set by the time I left.

As I was rolling through a neighborhood around Russell and Pecos I spotted a huge high wire in someone’s back yard. Then was was floored to see some folks actually practicing on it! I finished a quick loop around the block and came back to get a better view. After getting permission, I snapped a couple pictures and shot some video. I think they were doing lessons as I watched two young girls climb the ladder up to a platform. I waited for a few minutes to see if this young girl would take flight, but it wasn’t meant to be as she was too terrified. Realizing it was getting late I rolled on.

The remainder of the ride was uneventful. It can be tough to be riding home once the sun goes down, but there’s always the view!