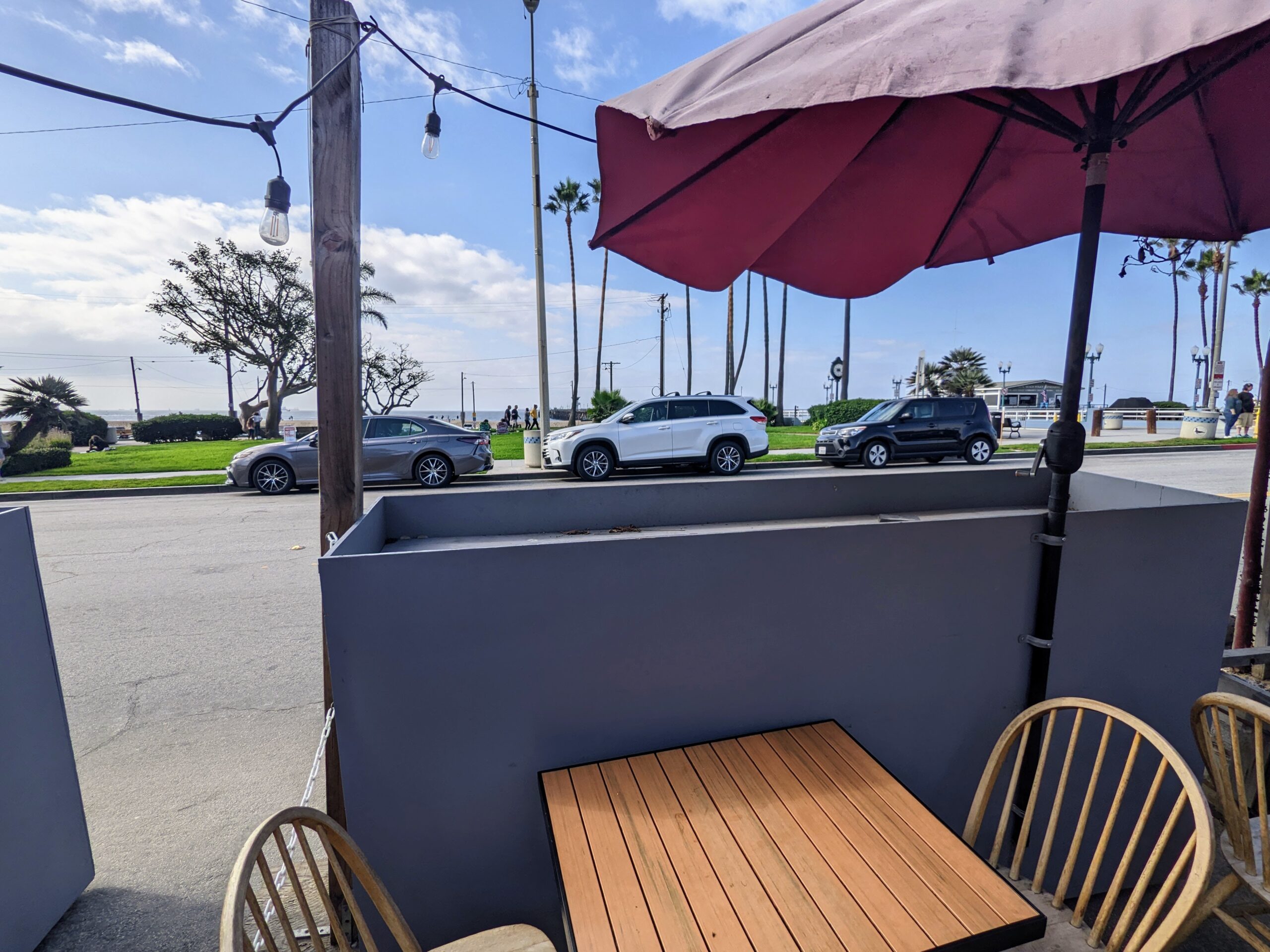 Told myself I needed to make up for the DNF on a very similar route back in September.

I don’t think I could have asked for better weather for a ride. Could it have been a little warmer at the start? Sure. Less headwind on the ride down? Maybe. Overall; however, it was a gorgeous day. Never hit any rain despite being in the forecast, and the winds started picking up out of the southwest to help push me all the way to my in-laws house.

I got a relatively early start, but not nearly as early as the last time I rode down to the beach. That was fine with me because I wanted to avoid riding in so much darkness. Left at 6 on the dot. It was obvious it had been raining some and I was happy that it had pretty much stopped with only minor stints of drizzle/mist hanging in the air.

Kept a solid 19 MPH pace all the way to Long Beach. Once there I relaxed and just cruised around Rainbow Harbor enjoying the chill atmosphere. Made a quick stop for a restroom and to top up my water bottles before hitting the Long Beach Shoreline Bike Path. Did ride it a tad faster than last time I was down. Then again not nearly as many people out so I wasn’t riding worrying I’d run into someone not paying attention.

Rolled into Seal Beach and made my way to Bogart’s Coffee House my go-to stop on this route. 120 miles is quite the distance for a cafe run. Got a nice cold brew, banana, and a Cinnamon Pull Apart Roll. Was tempted to get their Cinnamon Roll, but it had SO much icing I seriously worried it would give me an upset stomach. Hung out at their outdoor seating area with the beach and ocean just across the street. And right on queue the sun broke through the clouds and kept it from being too cool.

I noticed on the ride down several riders wearing full on neck gaiters which I thought was odd because it wasn’t THAT cold out. I mean I wear those when it gets chilly here in Vegas, but it was mid-60s easy. While I was enjoying my coffee I looked down at my legs and realized why. They’re using them to avoid the gnats that hang out around the moist river trail areas. Thankfully I didn’t get any extra doses of protein, but it made me consider doing the same next time.

After lounging around for about an hour it was time to get back in the saddle and rolling. The first 25 miles back along the San Gabriel River Trail were SO fast. I was cruising at around 21 MPH just enjoying that sweet sweet tail wind scooting me along. On top of that it was just wide open. Not nearly the amount of traffic I’d run into the last time out.

I did change up this route some by choosing to return via some surface streets. It saved me maybe 5-10 miles, but the roads were SO much more worth it. They were showing a bright purple on Garmin’s heatmap and when I checked them on Google’s Street View I could see why. Nearly the entire 18-mile section of road between the San Gabriel River Trail and Pacific Electric Trail either had a dedicated bike. It was great. Never once felt like I was in danger or drivers were anxious about me being there. Was a pleasant change.

Rolled into Claremont and spotted a sign “Special Event Ahead”. Was surprised to see maybe 3-4 blocks of downtown cordoned off. Looking it up it was their “40th Annual Village Venture Arts and Crafts Faire“. Was super cool to roll through and see all the booths and artists. Captured a quick pic of a hawk at one of the tents. The noodle through those couple blocks was a nice break from the climbing I’d been doing. Sure it wasn’t much, but after such a long ride it starts to take it’s toll.

Finally got hooked up with the Pacific Electric Trail, a rails-to-trails project, that would take me nearly the remainder of the way.

To wrap up it was a great day for a ride and I’m particularly happy that I was able to finish this time. I was certainly tired when I was done, but nothing like last time. I 100% attribute September’s failure on the insane heat that was hitting the area at the time. Lesson learned on that one for sure. Looking forward to the next trip down and perhaps doing this route again.