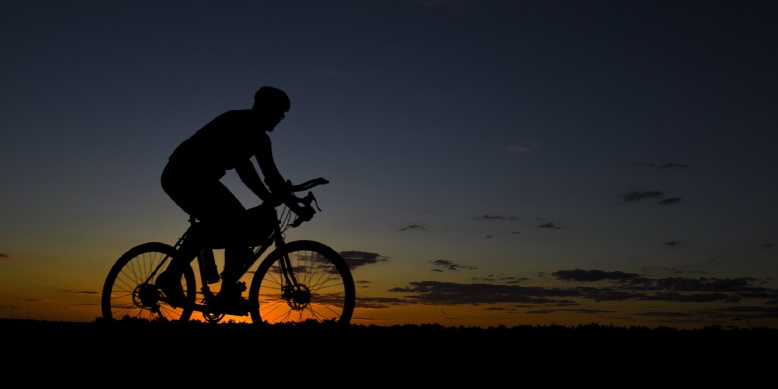 I’ve just been down the gullet of an interstellar cockroach. That’s one of 100 memories I don’t want.

So much to say and so little brain power remaining to say it. Had a busy afternoon with family stuff and I’m only now getting a chance to sit down and reflect.

The ride started with a quick jaunt down to Anthem Hills Park where I was surprised to find Jon and Anna sitting there waiting. Certainly wasn’t expecting either of them. We hung out for maybe five minutes before Joy showed up, who I was expecting, and we rolled out.

Any ride with Jon is going to be a fast one and the trip over to Pedal and Pour was no exception. The ride over to Pedal and Pour took us under an hour and we averaged 18.4 MPH. Dude is an absolute machine am I’m surprised I was able to keep up. Rolling in to P&P so early meant we got to have a nice sit and enjoy some coffee before rolling out with the A Group at 7:45.

Had a nice relaxing coffee break and visited with everyone before the B Group rolled out at 7:30. It was really hard for the 10 of us to wait while watching the others roll out. Very odd feeling for an Adobo Velo ride.

We rolled out about right on time and things started getting fast pretty quick. Kinda scary how fast others will ride when you uncork them. As we rolled up Grand Canyon Jon Reyes caught up to us which was a pleasant surprise. Things went well for the most part all the way until Alta. There was a little confusion as some continued north along the Beltway Trail when we needed to go west (left) on Alta. Thankfully it wasn’t that big a deal.

We made the corner at Desert Foothills and saw the B Group on the opposite side of the road just past Far Hills. It seems that we were a little early for the new taco truck we were supposed to be enjoying. I fell back on the group and thought we’d turn around to check in with Robert. Was surprised to look up and see the A riders pulling off into the distance!

Another bit of confusion happened just a short bit later as the guys up front hung a left onto Redpoint when we were heading out to the new Sky Vista extension. I just kept riding and as I neared the k-rails at Fox Hill I was surprised that Josh had caught up and I spotted Joy and Anna back in the distance. We continued up along Sky Vista until we came across the old standby taco truck parked at the corner of Far Hills.

Eventually everyone rolled up. Some enjoyed some tacos while others took a pass. While hanging out waiting to roll out we discussed where we were stopping next. We joked that we can’t stop at the Overlook because Joy doesn’t like it and if she ain’t happy ain’t no one happy. Then Jon chimed in that Anna would need a restroom at some point so we asked if she was good with Terrible’s at the intersection. Next they turned to me and asked what my thoughts were and I replied, “I say we just roll all the way to back P&P and get some coffee and pastry.” After some quick thinking it was agreed that would be the plan. Overall we hung out for 20 minutes before rolling on. Similarly to before we let the B guys have roll out early before leaving ourselves.

Our group of ten was cruising at a decent clip when Josh dropped his chain along Crossbridge. I yelled out to everyone to just keep rolling while I doubled back to check on him. When he first fell back I thought he’d got a flat and was happy it was only a dropped chain when he was rolling just a short bit later.

Unfortunately the damage was done. Josh and I were able to pick up Joy and Anna and we set out to at least try to catch up to the lead six. Holy cow was that a toughy. We came around the corner onto Charleston/NV-159 and I could see them! They were a way off, but I figured WTH at least we can try. By some miracle, aka I’m sure Dave saw us coming and woahed the group up, we caught them just before Calico Basin Road.

We had a slight head of steam and latched right on to the lead rotation. From here out our group of ten did our best to setup a solid rotation and pace line. We were all calling out to one another and doing a solid job of communicating. Lots of “Clear”s, “Last”s, and “Too Hot”. Really considering it was our first time all actually trying to really organize I think it went pretty well. Were there a couple sketchy bits, yup. Did some riders go off the front a little too hot, absolutely, Then again I’m certain this was a first organized pace line for some of us. It seems everyone had a great time and we kept it together all the way to NV-160.

Once at NV-160 we had to wait for what felt like FOREVER for the green light to make the left. So much so that a couple of the B riders who’d seen us blow past the Overlook caught up to us. These guys are usually more A class, but you know how your fitness can go out the window in the off season. Regardless it was nice to have them on for the cruise down NV-160 to Fort Apache and eventually P&P.

Hung out with the gang at P&P enjoying coffee and pastry for about an hour. As everyone started rolling out our Anthem group started getting restless so we packed up. We did pick up a a couple riders who would ride a couple blocks with us and turned off at Warm Springs, but Al would hang out with us for much longer.

Once again we were moving. Good ole Jon was making sure I would get no easy miles today. Having a nice hour break certainly helped with that for certain. We had a nice cruise all the way until St. Rose when Jon, Anna, and Al all hung a left while Joy and I continued up Executive Airport.

Joy and I were having a great cruise, but I think she was starting to fade some and she asked if we could stop at Volunteer for a quick break. I had absolutely no problem with that as shortly before I’d talked her into a Bear Claw. We hung out for maybe ten minutes before continuing on. We were cruising at a pretty good clip and when we turned onto Las Vegas Blvd I cried out, “Oh dang” as we were slapped with a face full of wind. It would stay that way until we made the turn onto Volunteer.

Along Volunteer we still had a head wind but it wasn’t quite as direct, coming in more at an angle from the left. We were around the new apartment complex when Joy cried out that she had a flat. As we stopped I looked and I was like, “Uhh Joy I don’t think it’s flat.” She laughed and chalked it up to just being winded. I looked up and said, “But the tailwind section is just right there!” while pointing to the intersection with Via Inspirada.

We continued up Via Inspirada and I think Joy may have started to worry we were going to do another Bear Claw as we passed by Bicentennial Pkwy. She may have even got more nervous as we passed the next round-a-bout at Via Centro. As we descended the hill I pointed out we’d be making a left onto Piroli.

We made our way over to Montage and as we hit the brief down hill I told her to get a drink and some recovery as we had two climbs to go! She was like, “What?” To which I replied, “Yeah girl we’re doing the water tower AND Sloan Canyon, let’s go!”.

After the first climb we stopped for a short break to catch our breath. We descended and kept a leisurely pace over to Nawghaw Poa Road. The climb up to the Sloan Canyon Contact Center wasn’t as fast as the water tower climb, but then again I think we were just about done.

Joy and I said our goodbyes at Via Firenze as she hung a left to head home while I had MORE climbing to look forward to. I was definitely starting to feel gassed at this point and was happy that Democracy the last hurdle I had to clear before home.

Once again today was a great day. It started off pretty chilly but warmed up pretty nicely especially once you started rolling. I don’t know about everyone else, but I had a great time. Lots of fun and laughs to go around as we all poked fun at one another. Great group of peeps all around.