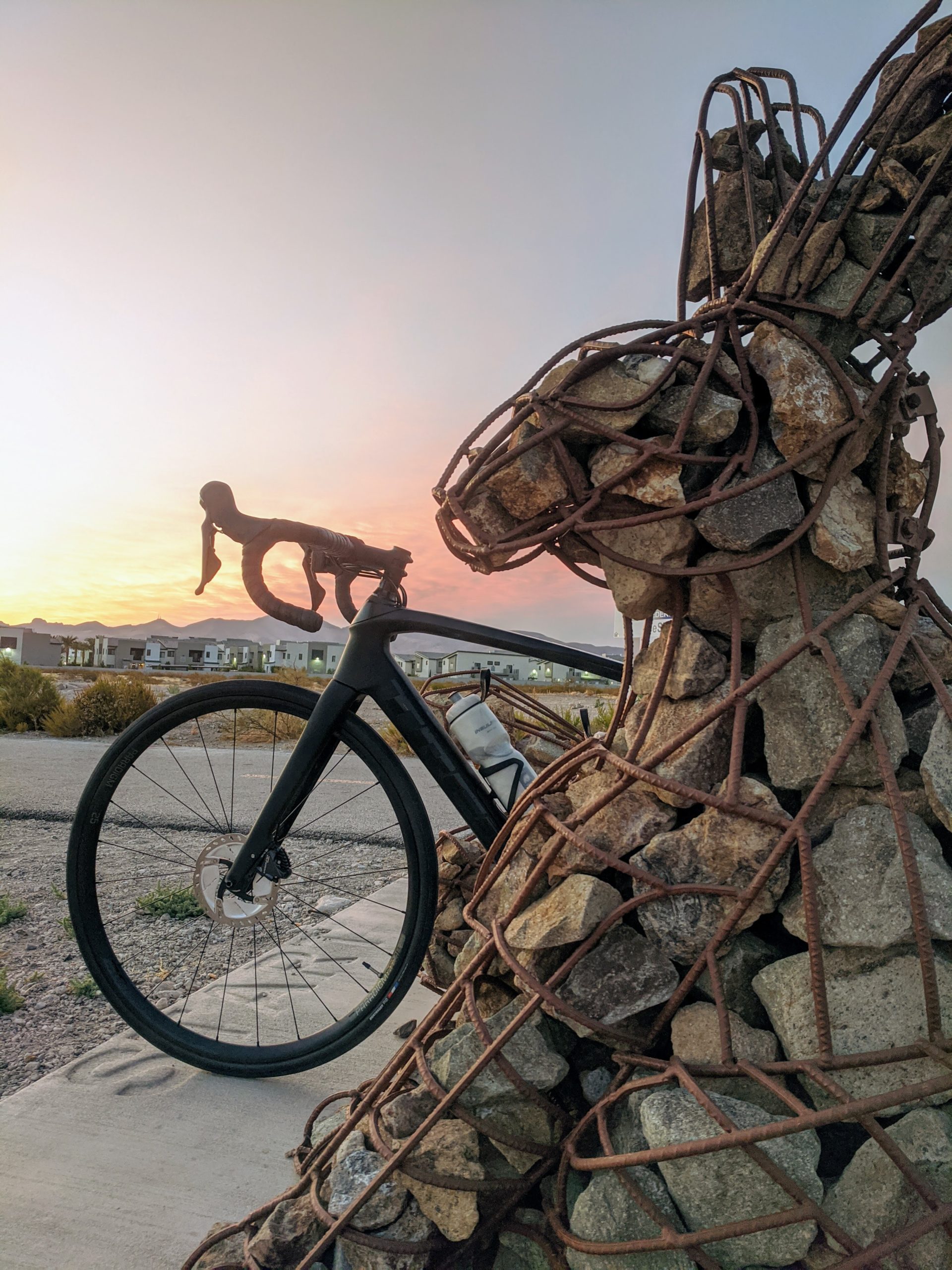 Well that wasn’t the best idea

This is one of the few times I’ve seen Bandok come up with a really bad name for a ride, but I’m not going to change it.

Went to bed last night knowing that I wanted to be up early to ride. Wasn’t entirely sure how far I would go just knew I wanted to go so I set my alarm for 4:30. That would leave me enough time to eat a quick breakfast before going out the door. I ended up snoozing some, but was still out the door by 5:20. I started how I start so many of my rides, and by the time I was leaving the former Sloan Canyon Visitor Station I decided I was going to make this a long one.

I can’t explain it, but I just felt good. I mean REALLY good. I put in nearly 70 miles commuting this week with only one day, Friday, off before this morning. I thought I would be dead, but I was feeling really fresh. I even made a couple stops early for some photo ops and to capture the beautiful sunrise.

By the time I was leaving Acacia park, I still felt great as I started up UPRR trail. Saw a ton of people walking and riding. As silly as it sounds was giddy to actually pass a couple cyclists, something that was rare for me on the old bike.

Made it to the top of UPRR and stopped along the RMT to take a quick picture and let the wife know to leave the house without me if I wasn’t home by 9:15. While I was stopped I helped a pair of gents with a picture as well before deciding to head south along the RMT to cross over I-11.

Back on the UPRR trail I decided to come back through the Mission Hills and Paradise Hills neighborhoods versus sticking to the trail, and I’m glad I did. The HUGE downhill rip I was able to take along Horizon Ridge Pkwy more than made up for the minor uphill section along Paradise Hills Drive.

Everything after that was territory that I’ve covered before. Nothing really new to report. Did make a brief stop at Anthem Hills Park to finish off my Gatorade bottle before refilling both of my bottles with water. Overall, went through 2.5 bottles of water, one 20 oz bottle of Gatorade, and two Clif bars.

Made it home with just enough time to rinse off the sweat from my face and out of my hair and change clothes before going out the door for my standing Saturday breakfast date with the family before my duaghter’s riding lessons.