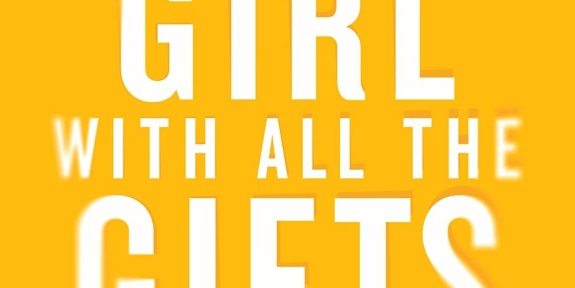 Review: The Girl With All the Gifts

The Girl With All the Gifts by M.R. Carey
My rating: 4 of 5 stars

Gotta say another rather interesting take on the zombie genre of which I’m a big fan. Instead of the typical mystery virus we have a mystery fungus that causes people to lose their minds and hunger for human flesh.

The book starts some 20 years after the worst of the outbreak takes place on a remote military outpost. You quickly learn that things aren’t all as they seem as you follow the main character Melanie.

The book introduces you to all the main characters rather naturally as well as the history of the outbreak. No big flash backs or rewinds, just a solid story revealed naturally during character discussions.

As things get going the pace speeds up as well. Unfortunately Carey telegraphs many of the events to come later, such as character deaths and sexual relations. Knowing these types of things is going to happen so early in the book is in a way a disappointment.

Overall I thought the book was a good one and one any fan of the zombie genre should take the time to read. Although it took me nearly 2 weeks, much of my time reading was split between a few hard core sessions. The book is really a page turner and hard to set down once you get your momentum. If you’re a fan of David Wellington’s Monster series (Monster Island, Monster Nation, Monster City) then you owe it to yourself to pick up The Girl With All the Gifts and take it for a spin.

Now to my Netflix queue to get this DVD added to my list so I can see how well/bad they adapted the source material to the silver screen.