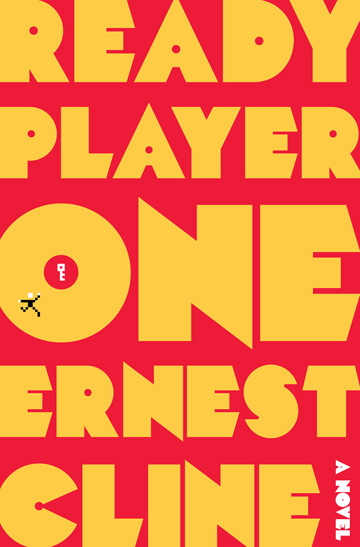 Ready Player One by Ernest Cline
My rating: 5 of 5 stars

Ready Player One has been on my To Read list for quite a while. I’ve seen it mentioned on a variety of web-sites. Having heard that it was being adapted to film I decided it was time to finally give it a read and I’m glad I did.

The book starts slow with a lot of exposition by the main character Wade Watts/Parzival. He describes the dystopian United States of 2044, the history of a massive online MMO called the OASIS, and the OASIS Easter egg hunt at the center of the story.

Once the main story gets going, Ready Player One was very difficult to put down. I typically read at least one hour before I sleep every night and several nights I found myself not wanting to put the book down. I wanted to know what would happen next.

With all the recent teen/young adult science fiction titles out there (Hunger Games, Divergent, 5th wave, etc.) it was refreshing to read a book that involves young adults that aren’t some kind of emotional hormonal mess. While the characters could have used a little more depth, I do like how there wasn’t an excessive amount of emotional baggage and teenage angst.

Finally, I’ve read reviews that made a big stink about the obsession with the 80s and video games throughout the book. Saying that Ready Player One is saturated with 80s pop culture is a disservice. Is it there, absolutely, but its use makes sense when you learn about the author and designer of the OASIS, James Halliday. There are plenty of references to the 80s, but don’t expect to see the all the characters dialog consisting of only 80s movie references.

Overall, I felt the book was solid. Definitely one of my favorites and I’m looking forward to see what Spielberg does with it. The source material has a lot of potential for a movie, I’m just hoping they don’t change it too much when adapting it to the big screen.