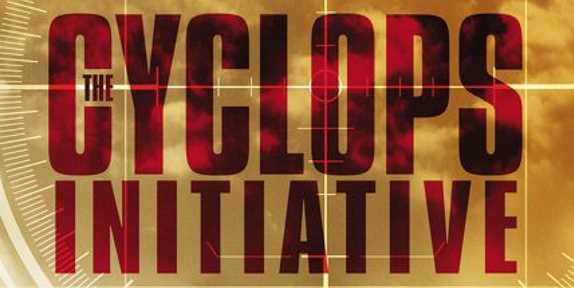 The Cyclops Initiative by David Wellington
My rating: 4 of 5 stars

I just finished up David Wellington’s latest chapter in the Jim Chapel series and I must say I liked it. Once again I must reiterate that I’m a big David Wellington fan so I was very excited to read this latest installment in a series that is a departure from David Wellington’s typical supernatural monster/thriller genre.

As with most of Wellington’s books The Cyclops Initiative for me was a rather quick read. Once I get into anything of Wellington’s I have a hard time putting it down. I read through the majority of the book in one sitting in one day. I think it really goes to show how well Wellington does at capturing your attention and holding onto it.

One thing that was disappointing about this entry to the Jim Chapel series, as well as the one before it, was the moving away of the series from the science fiction/monster element. When I think David Wellington I think science fiction and monsters. That element is what really drew me to Chimera. I read The Hydra Protocol hoping that would remain. While it was there it wasn’t nearly as key to the plot as in Chimera. Now that we’re at The Cyclops Initiative the science fiction/monster element is completely gone. I commend Wellington for looking to expand into other genres, I mean there are only so many ways to spin vampires, werewolves, and zombies, and I’ll continue to read everything his publishes, but to start this series with such a strong science fiction element and to slowly remove it entirely is a letdown. If you’re hoping to read this novel and experience science fiction woven into a spy thriller I think you may be disappointed.

On the other hand as a spy thriller and action novel, The Cyclops Initiative is solid at providing plenty of espionage while keeping you guessing at who is really pulling the strings of the US intelligence networks. The book is fast paced and while providing a constant pace of action. The plot twists and turns will keep you guessing throughout, one thing that Wellington has been very good at throughout the entire Jim Chapel series. The existing characters continue to be solid as well as the new ones. Overall the plot is intriguing while keeping you guessing until the end.

Once I finished reading I get the impression that this may be the last in the Jim Chapel series. While written with the definitive possibility of another book for the series, I have a hard time seeing that happen. Jim Chapel’s director has been promoted to head a larger agency while wanting to leave Chapel in charge of Wilkes and Angel. Jim’s in a hospital room recovering from an infection brought on by Wilkes’ gunshot obviously wanting to propose to his former ex-girlfriend from book one Julia. I’m not sure I see where exactly Wellington would go to continue on with this series unless he chose to fork it away from Chapel entirely and focus on Wilkes’ or another new agent. Guess I’ll have to wait and see what Wellington comes up with next. Regardless of what it is I’ll certainly be reading it.