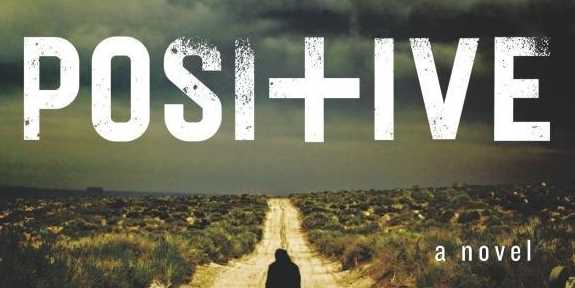 Positive by David Wellington
My rating: 4 of 5 stars

Once again David Wellington takes the post-apocalyptic zombie genre and once again puts his own spin on it. Wellington did something similar with this Monster series by giving us a zombie that could think and talk. Giving the reader a behind the scenes look at what it was like being a zombie. Wellington doesn’t go quite that far but definitely introduces some fresh ideas.

I must admit I’m a huge Wellington fan. I’ve read almost all his books and thoroughly enjoy his writing style. My wife knows to always check to see if there is a fresh Wellington novel when it comes Christmas and birthday time. For fans of any of Wellington’s books this is certainly a welcome addition to his bibliography. The book reads quickly and has solid pacing without the plot being terribly obvious.

There is a tremendous variety of characters presented throughout the book. Including a brief, relatively speaking, homage to one of Wellington’s other characters (I won’t spoil which). Most of the characters are well thought out, but I feel their ages always don’t seem to jive. At the start of the book many of the characters feel teen/pre-teen aged only to learn that they are much older near the end with only a year or two at maximum passing. At the end of the book the main character Fin is told he’s 21, but just a few chapters earlier the characters voice doesn’t feel nearly that aged. During the reading this wasn’t that apparent only really is it coming to me once here reviewing.

The plot and setting are overall good. There are certainly some happy coincidences that were required for the plot to continue or the story would have just ended. As with the character’s ages, this isn’t really apparent while I was reading only coming to light when penning this review.

Overall if you like the zombie genre and would like a novel that deals more with surviving the zombie apocalypse than just killing zombies I’d say pick this up. If you’re more just a hack and slash fan then skip this one.