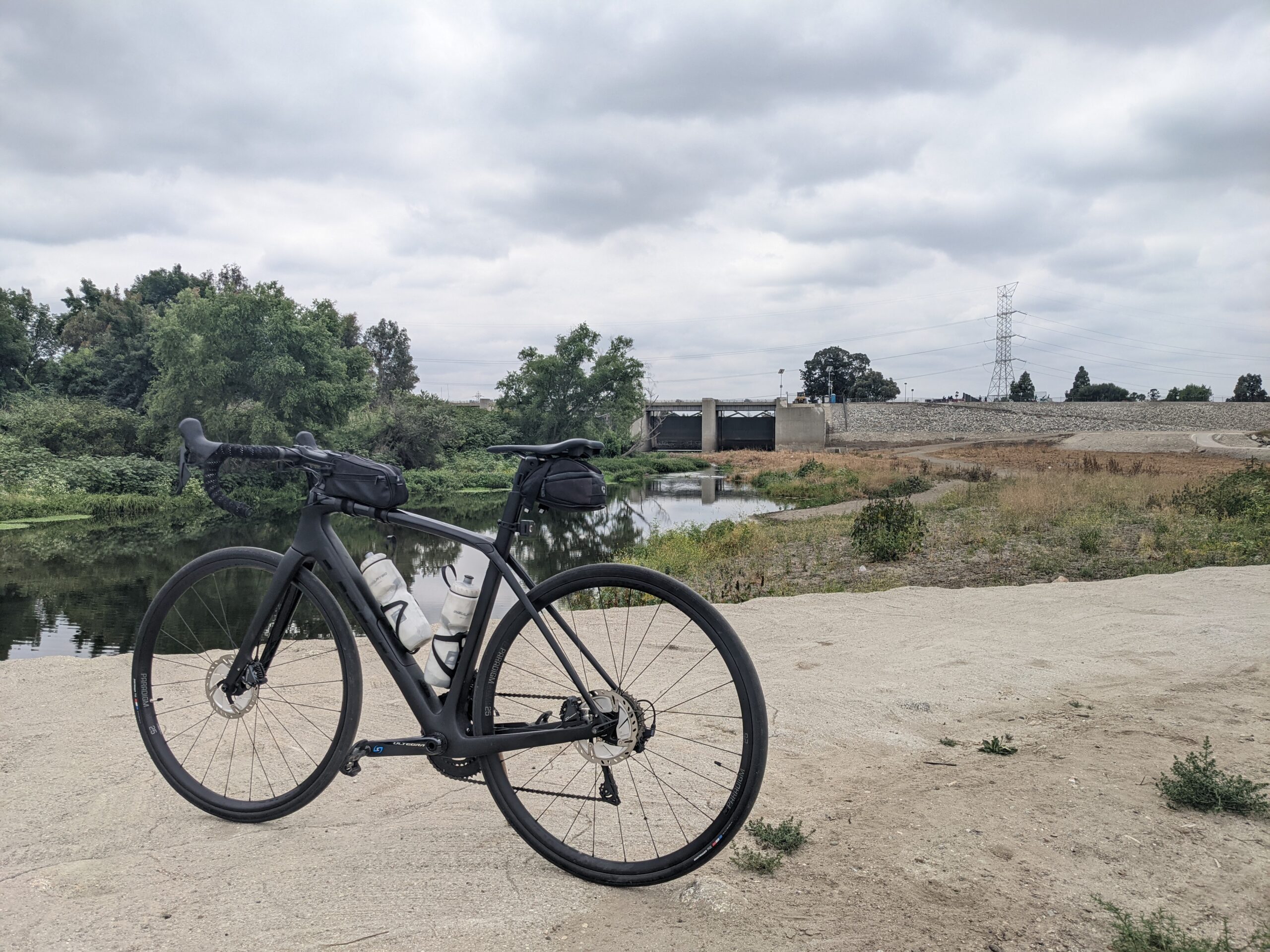 You’re right. This IS a shortcut……To DEATH!

I’ve been eyeing this ride on and off for a while. I’d originally thought it led to The Strand, which is further west, and was disappointed when I mapped it and found it didn’t. At first I wanted to park at Azusa River Wilderness Park and do an out and back. Then the wife reminded me, “And what happens if I need to come get you?” With that I updated the route to start from my in-laws house.

What a blast this ride was. Started around 6:00 a.m. before sun up. The ride west to the start of the San Gabriel River Trail went fast. Once I got to the trail I was in awe. 35+ miles of almost completely uninterrupted bike trail. I could count the surface street/traffic crossings on one hand. It reminded me of the RMT Loop except without the elevation or the heat.

When I got to the end of the trail at Seal Beach, I found a friendly looking cyclist, and there were plenty to choose from, and asked “Hey where’s the good coffee at?”. With a recommendation for Bogart’s Coffee House I cruised over for a coffee and quick bite to eat. Definitely the popular cycling stop. Handful of riders then when I rolled up, and a huge group showed up as I was getting ready to leave. The cinnamon roll, banana, and nitro cold brew really hit the spot.

The ride back was awesome. I had a nice tail/cross-tail wind almost the entire way home. I left the trail to early to head east along Foothill. Made it as far as Dalton in Azusa before hitting something and my rear going flat. Swapped the tube out and pushed on. The ride down Baseline/16th was a blast with the tailwind really pushing me along. I was grinning from ear-to-ear. Rolled up to my in-laws place and proclaimed, “I’m resting up an hour and doing it again!”

Overcast clouds, 57°F, Feels like 54°F, Humidity 72%, Wind 3mph from SW – by Klimat.app
Give your activities the names they deserve. – by Bandok.com