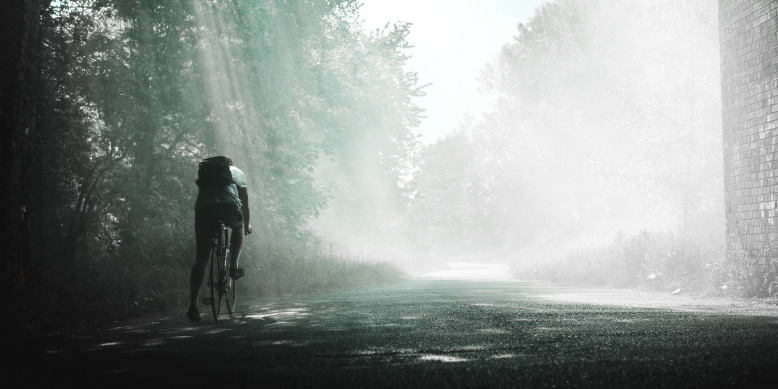 Wow that was a tough one for sure. Lost the main group hitting a red at Stephanie. Had two other gents with me and we pushed so hard to catch the main group, but every time they were within sight we’d hit a red light. First at Boulder Highway and then again at Lake Meade Parkway. Caught them along Lake Las Vegas Pkwy, but only because the entire group had stopped for an accident. Not the way you want to catch a group. Thankfully it looked like the rider only suffered some road rash, but their bike took some good damage.

Thankfully the rest of the ride was uneventful. I struggled to keep up with the group I was riding with. Fell to the back and then was dropped as we started up Burkholder. A smaller group caught me up along the climb and I was able to latch on for a while before losing them after checking in on a couple riders along RMT.

Regrouped at the UPRR trailhead and then flew down UPRR to Acacia Park. Was a great stretch to recover for the final push. Thankfully I was able to keep with the group along Paseo Verde for the return to Mothership.

Had a nice break at Mothership with a nitro cold brew and lemon poppy seed muffin. Topped up the water bottles before heading home. Had the lovely company of Mark, Mike, and Sandy. Mike peeled off at Del Webb, while Mark and Sandy decided to share the pain up Reunion to Anthem Pkwy and around Atchley/Somersworth. Mark and Sandy were nice enough to stop at the top of Somersworth for me to catch up. At this point I was struggling. Not sure if I hadn’t enough breakfast, pushed too hard at the beginning, or the combination of heat and humidity, but I was feeling pretty burnt out.

After giving Mark and Sandy some directions to get where they wanted we noodled along the Somersworth flat before enjoying the descent towards Anthem Pkwy. I peeled off at Solera Sky while the two of them continued on to Anthem Pkwy. Enjoyed the extended descent down before making the final climb to the house.