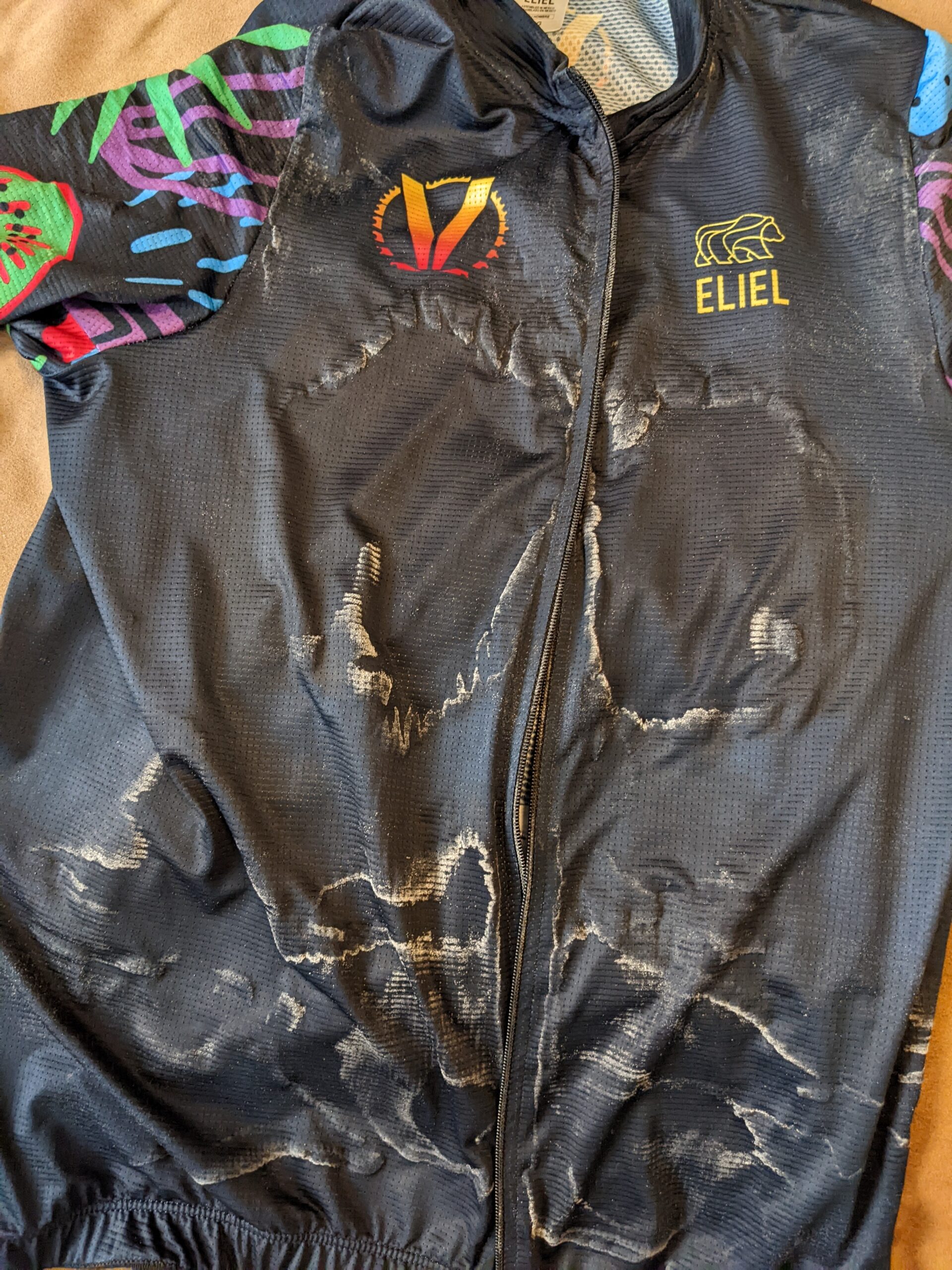 Is that anybody’s sandwich? I’m starving.

To ride in Vegas you gotta be ready to get a little SALTAY!

Skipping yesterday’s big Mt. Charleston ride, I wanted to get out and do some miles today. Thankfully was able to get hooked up with the GVC gang for a ride down to Jean.

Instead of going all the way down to Pebble Marketplace I chose to meet en route at the corner of Volunteer and Las Vegas Blvd. Unfortunately for me I was just a few minutes behind and spotted the group flying by. They were just a few minutes early. I stepped on it and spotted two other riders who’d made a quick stop at the Green Valley Grocery. I turned around to gather them up in hopes of catching the group. As luck would have it someone had a flat stopping the entire group and allowing us to catch up.

Flat fixed we set off. Didn’t take long before the group got split in two. No surprise I was with the slower group. Still had a great time and even took a few decent pulls. Rolled in to the Terrible’s and got a much deserved break to refuel and relax before turning around and heading back.

The ride back was more of the same. Group got split in two again and again I hung back. Made a solid pull for what felt like forever before pulling over and letting someone else do some work. Our small group of 5 really clicked and started putting on some speed. As we crested the final hill we started really crushing it. Was great fun and as we crossed Volunteer we were all complimenting and praising each other about a job well done.

I’d planned on heading home via Volunteer but got wrangled into continuing on down St. Rose with a few other riders. As we were going across Maryland Pkwy and onto Sunridge Heights I had to speak up and asking the crew to dial it back a bit. The run up Las Vegas Blvd had really taken a lot out of me and I needed a few minutes to recover. Thankfully we were all a little toasted and dialed it back to cruise the last bit.

Lost Joy at Sunridge Park and then Ken and Jason split off to go home leaving me solo along Anthem Pkwy. It was at this point I completely shut it down choosing to focus on taking it easy and using these final miles as a cool down. Instead of continuing along Anthem Pkwy I went west over to Williamsport to wind my way through the different neighborhoods to avoid traffic. The last 3-4 miles were super slow, but I think I’m feeling better now because of it.