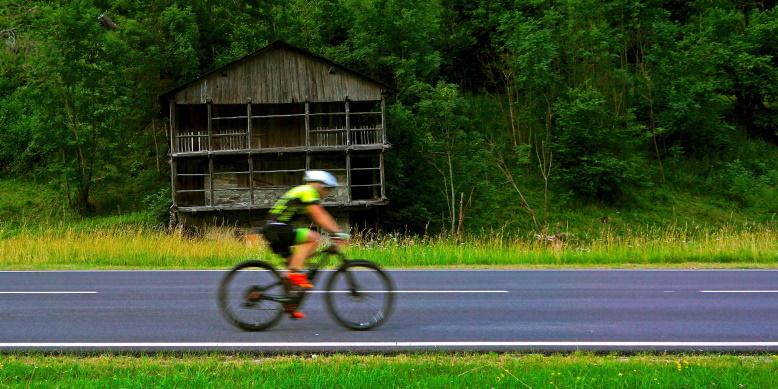 The morning ride in was absolutely gorgeous. Temps were great, but the humidity made it a little sticky and was kinda damp when I rolled into Scrambled for breakfast.

I set off a little later than last week because I ended up sitting for 15 minutes waiting for Scrambled to open. Leaving a little later I’d hoped I’d see some of the Friday Lifetime crew, and I was pleasantly surprised when I did after making the right from Anthem Pkwy onto Reunion and cresting the small bump. I spied flashing tail lights in the distance rounding the slight bend to the right. At first I thought they were too far to catch. Didn’t take but a second to reconsider and I raced to try to catch them to at least say hello.

I was really cruising when I passed by Del Webb, but a little disheartened when I didn’t see the group. I made the right on to McCullough Hills and spotted some riders in passing through the park. Made another small effort and caught them where the trail ends at Sandy Ridge. Not seeing Mindy I knew I’d caught the B Group. Had a nice quick chat with everyone, and explained that I was on the way to breakfast before continuing on to work. Rode with them until Sunridge Heights when they went right and I continued straight.

Still arrived to Scrambled a few minutes early, but much better than last week. Sat down and started enjoying my breakfast and a short time later I was pleasantly surprised to see the Jens and Sommai roll up. It seems that my talk of breakfast at Scrambled had planted a seed. Visited with them on and off before eventually setting off for work.

Climbing Harmon after cresting the small bump west of Eastern, the road didn’t look right. Instead of the normal light gray it was much much darker. As I approached I finally realized what was going on. It seems that the massive rainfall the night before had washed a TON of mud into the road. The mud went from one side of the road to the other. As I approached I watched a FedEx truck drive through it on the east bound side and spray mud everywhere including into opposite lanes. I made sure I was clear and didn’t have anyone coming toward me before moving into the left most east bound travel lane. Thankfully there was a car tires width that was mostly dry for me to ride through on.

Sadly the ride home wasn’t nearly as eventful as the ride in. The mud patch on Harmon was mostly dry but still required me moving over into traffic to pass. After that everything was plain old plain old.