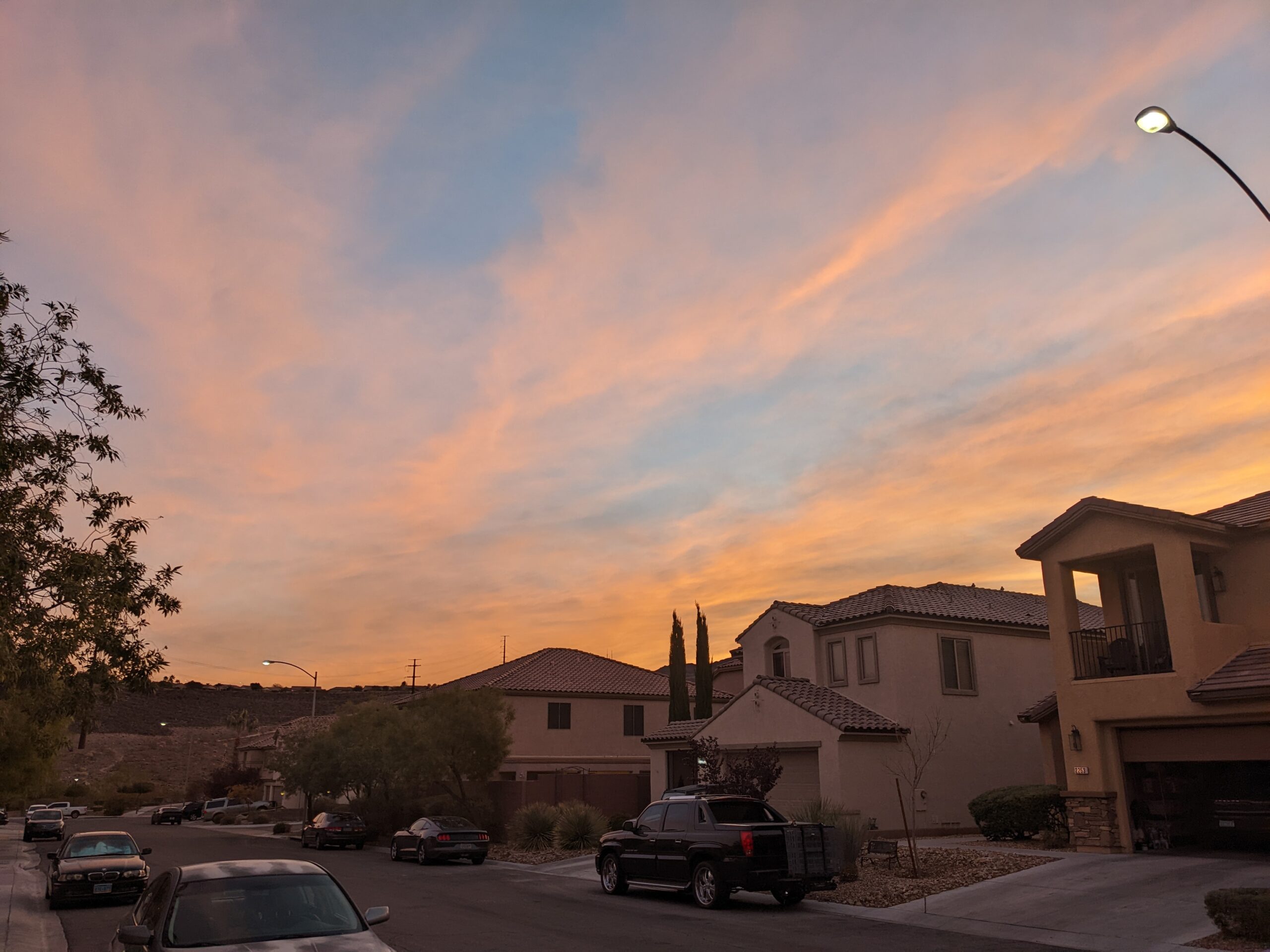 As difficult as it is to get out early in the cold mornings, sometimes the sunrise really puts on a show like it did today. I was going through my morning bike prep work when I looked up and say the sky getting orange. I took a few minutes to walk across the street and snap a couple pics.

One thing I’m really enjoying about my Wandrer miles is all the interesting things I come across while riding. Today it was this random cul-de-sac that was in the middle of nowhere. There was no asphalt leading up to it and only half of it was complete. I had to stop and snap a pic to share.

I was taking in the “sights” while riding through a light industrial area when I spy some famous golden arches (Google Map Link). Found out later it’s the local franchise headquarters. On another street I see a business named “Hoshizaki America” and think to myself “WTF is that?!” Just read that they make commercial ice makers and refrigeration units. After seeing all these crazy things I was just ear to ear smiles with this adventure in my own backyard.

Great rides today despite the cold. Left work a little earlier than usual with permission from the boss. Would have left even earlier if I didn’t have an unknown to me student working in one of my labs. If something would have happened to them I would have felt awful if they reached out to me and I never answered because I was on the bike. Now for a couple days off work, but do have a group ride tomorrow followed by my usual breakfast ride on Friday. After that, no clue.