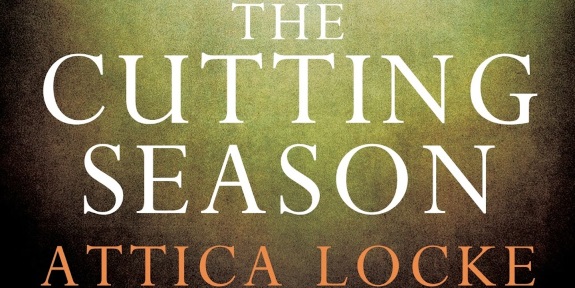 The Cutting Season by Attica Locke
My rating: 2 of 5 stars

I picked up Attica Locke’s The Cutting Season during a trip to New Orleans for a work conference. I purchased a signed edition during my visit to Oak Alley Plantation. I’ve only now got around to picking it up and giving it a read.

The story of The Cutting Season starts out simple enough, local plantation museum manager, Caren, finds the body of a sugar cane farm worker partially buried on the border of the plantation property. Suspicion quickly turns to plantation employee, and trouble maker, Donovan who claims he was on the property the night of the crime while manager Caren claims otherwise.

Suspicion bounces back and forth throughout the entire novel among several of the major players. Was it really Donovan the sheriff’s primary suspect? Perhaps the cane farm’s foreman who has a history of roughing up his employees? You also can’t discount the driver of the odd rust colored pickup truck that keeps appearing and following Caren around the Louisiana country side.

I will admit the story kept me guessing the entire time and I was somewhat surprised by the final revel of “who done it”. There are plenty of suspects and side stories to keep you occupied throughout the entire book.

In the end I really wanted to like this book, I really did, but unfortunately time and time again I came to the same stumbling block, excessive wordy descriptions. Multiple times throughout the book Locke would dive into in depth descriptions of the most mundane things; a room, the view out a window, the humidity, etc. Frequently I would find myself skipping almost entire pages just to move the story along. This really had a negative impression on me and my opinion of the book. I feel that length of The Cutting Season could have been dramatically reduced if some of the unnecessary wordy descriptions were trimmed down.

Overall, I would say that if you’re a fan of mystery novels go ahead and pick this one up, but be warned of the wordiness I mentioned above.