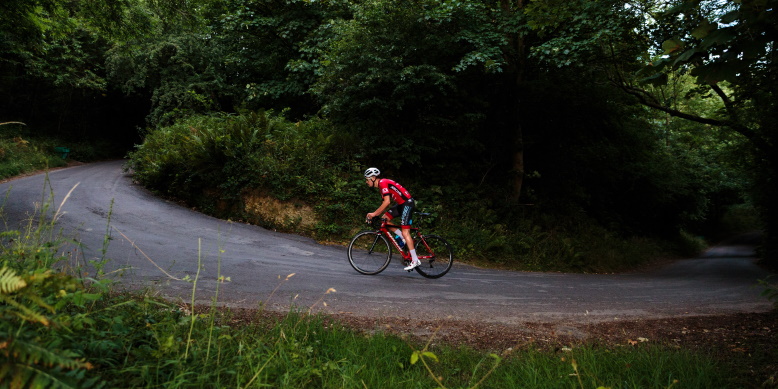 The older I get, the faster I was

That was quite the crazy train.

Today started a little differently. Instead of riding to the start from home I rode over from the Subaru dealership after dropping off my daughter’s car for service. Nice thing is it was maybe six miles from Pedal and Pour making for a nice warm up ride. I also brought along a backpack with some street clothes to change into once I got back to the dealership after the ride if they weren’t done with the car. Thankfully Caleb let me stash all that stuff in his car at Pedal and Pour, but it was for naught because the dealership was done before I made it back.

Along the ride out we needed to make two stops before heading out to Jean and parts beyond. First stop was at Mountains Edge Park where we picked up about a half dozen riders. Final stop was at a Green Valley Grocery across from the M Casino where we picked up more than a dozen more. Was really surprised at how many people came out!

As we started south towards Jean things started getting fast straight away. The only thing holding us back was the head wind. It was brutal at times. We had a solid group up front and everyone doing relatively well at spreading the pain around. It was an interesting ride. There was some working as a team and some riding that felt more like a road race trying to kill one another. Once in a while it would feel like the lead would slow up and I would just keep the same power and cruise past to take a pull along the front. Was it tough? Absolutely. Was it fun? Hell yes!

We cruised through Jean on the way to the quarry south of the prison. The thought was we’d stop on the way back through. At this point I was feeling pretty cracked. I started falling behind, but thankfully I wasn’t alone. Had a solid pack of 4-5 guys with me and we rode out to the end and back to Jean.

Once in Jean I was more than happy to take a break and recharge the legs some. There was a little confusion as the lead group had gone west to the new station on that side of the freeway, while the group I was with stayed on the east side. Eventually, I rode over and nabbed the other group and brought us all together. We did have to wait a while longer for the rear of the pack to make it back to Jean after riding out to the quarry. Once they rolled into town we learned that someone had a flat which caused them to be even further back than we’d thought. After giving them a few minutes to rest up we all rolled out again.

The ride back was more of the same, super fast. I did my best to hang on during the climb. Once the climbing was over I caught a second wind and was able to again start pulling at the front. We absolutely crushed rolling into the M with the downhill and tail wind. Good ole Moose and Trimble pulled around me around Camping World. I knew there was no way I was holding on to the two of them so I let them go and started to dial it back knowing we’d stop just after Volunteer.

A few minutes later the rest of the group rolled in and we got a chance to say our goodbyes to those who had started at M. The rest of us would continue on to Mountains Edge Park and eventually Pedal and Pour. Unfortunately, I was still riding with some of the stronger of the bunch and along some of the minor climbs I started suffering. I did eventually fall back to make sure some of those in the rear knew the route well enough to make it back to either starting location.

I did make it back to Pedal and Pour without issue. Got to sit back and relax for the next hour enjoying coffee, a pastry, and great company. Was an awesome way to finish off a ride while recharging my batteries to ride back to the dealership.

When the time finally came to roll out the weather was getting worse and worse. I gathered up my stuff from Caleb’s car and rolled out. I had made a route over to include some Wandrer miles and there were a few times along the way that I considered aborting and heading straight back. Thankfully the weather and wind stayed manageable until I made it to the dealership.

Overall the day was great and I loved every part about it. I had planned on doing some extra credit via a Red Rock Flyby and was bummed that didn’t happen. When we rolled into Pedal and Pour I felt there was no way that would happen, but when I finally left for the dealership I felt like I had plenty left in the tank to do it. Amazing what an hour off the bike resting will do for you.